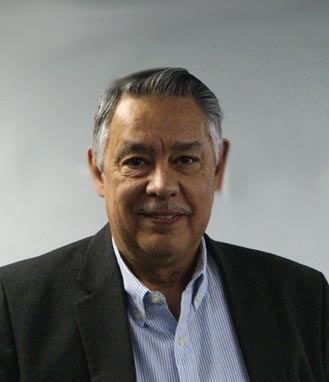 Juan D. González is an award-winning journalist and investigative reporter who spent 29 years as a columnist for the New York Daily News. A two-time winner of the George Polk Award, he is co-host of Democracy Now!, author of "Harvest of Empire: A History of Latinos in America," and a founder and past president of the National Association of Hispanic Journalists. González is also affiliate faculty for the Center for Latin American Studies and the Department of Latino and Caribbean Studies. He serves as the Rutgers representative to the New Jersey Civic Information Consortium and as JMS faculty liaison to the Rutgers Daily Targum. Before beginning his career in journalism, González spent several years as a Latino community and civil rights activist, helping to found and lead the Young Lords Party during the late 1960s, a group whose daring style of radical protest has been chronicled in several recent books, including the acclaimed The Young Lords: A Radical History, and in the award-winning documentary film Takeover, which premiered at the Tribeca Film Festival in 2021.

Juan González's research interests include journalism; mass media history; federal mass communications policy; history of Latinos in the United States; Puerto Rico-U.S. relations; immigration, race, and labor relations; and the role of dissident movements in promoting social change. Since the 1970s, he has been a general reporter and columnist in newspapers, radio, and television – both commercial and alternative media. His areas of expertise have centered on urban affairs and investigative reporting, with a special focus on municipal land use and tax policies, public education, criminal justice, race relations, the trade union movement, immigration, and the Latino community.

One of González's books, "Harvest of Empire: A History of Latinos in America," has been used for nearly two decades as a required text in nearly two hundred college Latino history and ethnic studies courses. A 2012 feature documentary based on the book (and narrated by González) garnered several major documentary awards. “News for All the People: The Epic Story of Race and the American Media,” which he co-authored in 2011, and which became a New York Times best-seller and a finalist for the Robert F. Kennedy Award for non-fiction, is currently used in several college media history courses. In addition, the 2013 PBS Series “Latino Americans” featured interviews with González in three of its six segments, and he has appeared as an expert commentator in more than a dozen other films that aired on PBS, CNN, Spike-TV, HBO, MSG, and WPIX-TV.

Gonzaléz, Juan D., and Joseph Torres. News for All the People: The Epic Story of Race and the American Media. Brooklyn: Verso, 2011. Print.

Elected a Fellow of the New York Academy of History, 2016.

Inducted into the New York Journalism Hall of Fame by the Deadline Club, the New York Chapter of the Society of Professional Journalists, along with former New York Times editor Max Frankel, Sixty Minutes Correspondent Leslie Stahl, and CBS and PBS host Charlie Rose, becoming the first Latino journalist to be so honored, 2015

First place award for commentary from the Deadline Club, the New York Chapter of the Society of Professional Journalists, for a series of columns on financial corruption at the Queens Public Library, the country’s largest urban library system, 2014