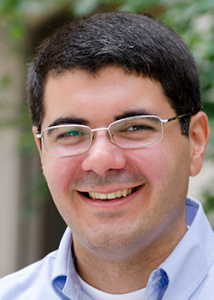 Tawfiq Ammari is a mixed methods researcher connecting critical theory values from STS with computational social science techniques to advocate for equity and progressive social change in online contexts. He received his bachelor’s degree in engineering from the University of Jordan. He then joined the master’s program at the University of Michigan School of Information as a Fulbright scholar. Ammari continued as a Ph.D. student at UMSI supervised by Prof. Sarita Schoenebeck earning his doctorate in 2020.

Ammari's research lies at the intersection of Social Computing, Data Science, and Science, Technology, and Society studies (STS). His work focuses on the interplay between technological and social role change. Specifically, Ammari studies how large societal shifts, such as changing norms around masculinity, are associated with online interactions and social movements. He also researches how the mass adoption of technologies like social media and emerging technologies like voice assistants affects social roles in the domestic sphere.