Scholars at the School of Communication and Information take an interdisciplinary approach to research that spans the fields of information science, library studies, communication, journalism and media studies.

A lack of resources, institutional resistance, and the inability to target library practices around misinformation impeded the ability of New Jersey public library staff to address pandemic misinformation, according to a new study by Assistant Professor of Library and Information Science Britt Paris.

Revised Edition of “Day of the Dead in the U.S.A” Explores the Role of the Media and Commercialization in the Celebration’s Growing Popularity

Published just in time to celebrate the 50th anniversary of the first secular celebrations of Día de los Muertos (Day of the Dead) in the United States, the new edition documents how the celebration has evolved since it was first observed in the US in the fall of 1972, paying particular attention to how Hollywood films, video games, YouTube and other forms of media have made the celebration even more popular over the past 12 years since the first edition of the book was published.

By determining the association between nursing notes and patient deterioration and mortality, SC&I Associate Professor Charles Senteio and his research collaborators ultimately aim to inform clinical decision support systems to alert doctors and nurses to the clinical circumstances and decisions which are at risk of racial/ethnic bias, both in the U.S. and in Brazil.

The SC&I Alumni Association Honors Nicole A. Cooke for her Contributions to Library and Information Science

On April 13, 2022, the SC&I Alumni Association recognized Nicole A. Cooke for her outstanding accomplishments as a professor, librarian, writer, and scholar.

Most New Jersey Parents Support Depression Screening in Schools, But They Have Some Concerns

Hispanic and Black parents say they are very or moderately concerned about the risk of suicide for their children.

Effective July 1, 2022, SC&I’s former Associate Dean for Programs Dafna Lemish will serve as Interim Dean of the School of Communication and Information. 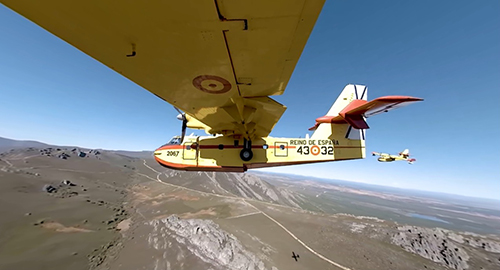 The findings in a new study by Ph.D. student Shravan Regret Iyer MCM’18 show that immersive media productions need to take a multidisciplinary approach to climate change communication to more effectively increase the audience’s interest in science and motivate them to take action to mitigate global climate change.