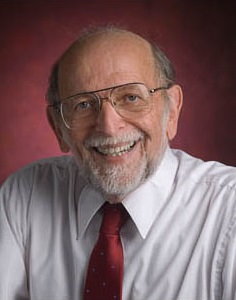 Paul Kantor's research centers on the role of information systems for storage and retrieval in a wide range of applications, with particular emphasis on rigorous evaluation of the effectiveness of such systems.  His numerous research projects at SC&I dealt with everything from indexing brain images to managing nuclear sensors, to collaborative recommendation systems for scientific researchers.

Since retiring he has been appointed an Honorary Associate of the faculty of the Department of Industrial and Systems Engineering at the University of Wisconsin Madison. During 2017 he rejoined Rutgers as a Distinguished Research Professor, and worked  at DIMACS with the CCICADA research center on a range of projects related to Homeland Security.

At large, he is a member of the American Society for Information Science and Technology (ASIST), the American Association for the Advancement of Science (AAAS), the IEEE, SIAM (the Society for Industrial and Applied Mathematics) and the American Statistical Association. His research has been supported by such agencies as the NSF, DARPA, ARDA, DHS, IARPA, and the US Department of Education. Paul was educated in Physics and Mathematics at Columbia and Princeton, has received the ASIST Research award, and is a Fellow of the AAAS.