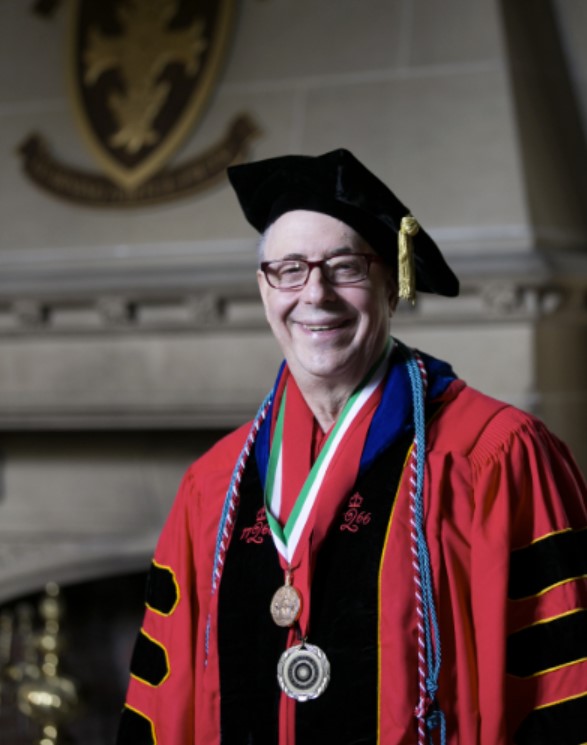 James E. Katz, Ph.D., is the Feld Professor of Emerging Media at Boston University’s College of Communication. In addition, he directs its Division of Emerging Media Studies. The division addresses the process of how new media technologies are created and introduced to users, the effects they have on users, and how technologies and the content they produce are molded, co-constructed and re-constructed by users.

Katz joined BU from Rutgers University where he held the title of Board of Governors Professor of Communication, the highest honor the University can bestow on a member of its faculty. During his time at Rutgers, Katz served two terms as chair of the Department of Communication and also directed the Center for Mobile Communication Studies, which he founded in 2004. Earlier in his career, Katz headed the social science research unit at Bell Communications Research, which also honored him with the title of Distinguished Member of Staff.

Katz has devoted his career to analyzing the uses and social consequences of emerging communication technologies, especially the Internet and telephone. He explores how they affect social interaction and what their uses reveal about human nature and organizations and was among the first to demonstrate their pro-social uses. He also seeks to understand what the future holds in terms of society and communication technologies and works with others to explore ways in which society can best prepare itself to make the optimal use of new developments.

Katz has published widely. Among his books are Magic in the Air: Mobile Communication and the Transformation of Social Life, Social Consequences of Internet Use: Access, Involvement, Expression (with Ronald E. Rice) and Handbook of Mobile Communication Studies. He is author or co-author of more than 70 peer-reviewed articles. His works have been translated into seven languages.

Katz has won many awards for his scholarship, including the 2011 Ogburn career achievement award from the American Sociological Association and the 2009 Fulbright Distinguished Chair in Twentieth Century Communications History. He received from the Università Cattolica del Sacro Cuore di Milano the Medalion per il Lectio Magistralis, a most esteemed honor in the European academic tradition. He is also a Fellow of the American Association for the Advancement Science (AAAS), one of America’s most important scientific societies, has served as editor of Human Communication Research, a top-ranked journal in the field and has been awarded fellowships at Harvard, Princeton and MIT. In 2012, he completed a term as the chair of the International Communication Association’s Division on Communication and Technology. He holds two US patents, one of which has been patented internationally.

Fellow, American Association for the Advancement of Science