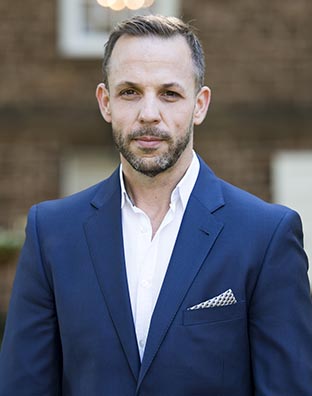 Matthew Matsaganis’ scholarship reflects his commitment to understanding the role of communication as a set of fundamental processes through which life in the communities we inhabit is organized and through which place affects our lives; notably, our health and our well-being, more broadly defined. As the global population is becoming increasingly urban, Matsaganis is particularly interested in the communities of 21st century cities. Cities may indeed be one of the greatest human inventions, but they are also sites of significant health, digital, and other social disparities that disproportionately affect some of the most vulnerable members of our societies. These include people of ethnic/racial minority backgrounds and immigrants. Because of these realities, Matsaganis' research, but also his teaching and service, goes beyond diagnosing the role of communication processes and dynamics in urban community life, and focuses on developing interventions that can help reduce, if not eliminate social inequalities. Central to these efforts is the notion that communication can also be leveraged as a mechanism to build residents’ capacity to effect positive community change.

Matthew Matsaganis engages both quantitative and qualitative methods in his research, which has two interrelated threads. The first builds on the multidisciplinary literature that explores why and how it matters where people live. He focuses specifically on how communication—considered as a set of foundational social processes through which people, organizations, institutions, and communities organize and make sense of their activities—mediates the impact of place on individuals’ lives. He is primarily interested in local effects on individuals’ physical and mental health and well-being, but also in how place impacts self-identity and civic engagement. His research advances the broader literature on health disparities and related social inequalities by documenting ways through which communication can create—but, more importantly, can help reduce—such disparities.

It is well established in the literature that health disparities are shaped by a host of social inequalities linked to individuals’, families’, and communities’ socio-economic conditions, but also to communication inequalities. Such inequalities are associated with, among other factors, access (and increasingly, with quality of access) to internet-based technologies and services, but also disparities in digital literacy. In this context, the quest continues for researchers and policymakers to ensure that the critical information needs (CINs) of disadvantaged populations—including those needs related to health—are addressed in the digital age. Thus, in the second thread of his work, Matsaganis examines the role of ethnic media as a vital, but frequently less visible, set of communication resources that can help disadvantaged ethnic and immigrant communities address their CINs. These are media created for (and generally by) immigrants, ethnic minority and linguistic minority groups, and indigenous populations.

In Spring 2018, Matsaganis will be a Fulbright Scholar in Athens, Greece. As a Fulbright fellow, he will be investigating strategies employed by individuals and families in disadvantaged communities of Athens to weather the ongoing economic crisis and its health-related effects. He will be collaborating with and lecturing on related topics at the National and Kapodistrian University of Athens, Panteion University, and the Greek National Center for Social Research.