In Memoriam: Journalism and Media Studies faculty member Roger Cohen RC'65, 1943-2022
During Cohen’s 34-year career at Rutgers University-New Brunswick, he was the first on air play by play announcer for Rutgers Basketball, and in 1976 he joined the faculty of the Department of Journalism and Urban Communications.

He is as remembered at SC&I for his contagious laugh, his propensity to sing at any time, and his great radio voice, as he is for being a much-beloved, long-time faculty member, colleague, and mentor to countless students and alumni, particularly journalists, who sought his advice and counsel.

Roger Cohen RC'65, an emeritus faculty member in the Department of Journalism and Media Studies, died on July 18, 2022 at 79, leaving behind his family, including his wife Debbie (they were married for 54 years); children Jonathan and Joanna; daughter-in-law Miroslawa Jablsonski-Cohen; son-in-law Robert Butler; and five grandchildren: Stephanie, Sarah, Matthew, Radek and Jonah.

In addition to his family, Cohen also leaves behind many former and current SC&I and Rutgers colleagues and alumni who were his close friends and will deeply mourn his loss. 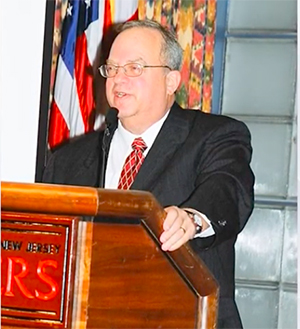 Professor of Professional Practice and Director of the Undergraduate Program in Journalism and Media Studies Steve Miller said, “There are no words to adequately describe what Roger Cohen meant to the Department of Journalism and Media Studies, to the School of Communication and Information, to Rutgers University, and to the thousands of students whose lives he touched.”

According to his obituary, Cohen, who was born in Paterson, NJ, earned his bachelor’s degree in English from Rutgers College in 1965. His professional career at Rutgers University-New Brunswick and SC&I spanned 34 years, beginning in 1969 when he returned to the banks soon after he earned a master’s degree from Syracuse University. He retired from SC&I in 2003.

His first job at Rutgers was in the Office of Television and Radio where he worked  as the coordinator of radio and television for the university.

He joined the Rutgers faculty in 1976, when the Department of Journalism and Urban Communications was formed at Livingston College. There he developed and taught courses in broadcast news writing, radio production, and TV programming.

As part of a reorganization in the early 1980s of the entire Rutgers-New Brunswick campus, the School of Communication, Information, and Library Studies (SCILS) (now the School of Communication and Information) was created in 1982 by merging three units, including the Department of Journalism and Urban Communications. Soon after, the department became the Department of Journalism and Mass Media. During the years Cohen was on the faculty he served both as a tenured faculty member and, for several years, chair of the department. 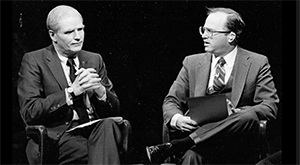 Cohen contributed to the university in many other significant ways as well. He was the first on air play by play announcer for Rutgers Basketball. He was the moderator of the “The Rutgers Forum,” public affairs show on WABC channel 7 and WNET Channel 13. The highlight of that role for him, his family wrote, was moderating the program's 1500th show, when he interviewed all four of New Jersey’s living governors. In 2013 Cohen was awarded the Livingston Legacy Award from the Livingston Alumni Association.

His favorite part of his role at SC&I, his family wrote, was the time he spent teaching and mentoring students, some of whom he remained in contact with throughout his life.

Among the tweets posted to SC&I’s Twitter feed honoring Cohen and celebrating his life include:

Forgotten Champions (@ForgottenChamp1), the official twitter account of the Rutgers women's basketball 1982 AIAW championship documentary, tweeted: "As @RAANewBrunswick members, @WRSU alums, and former students of Roger, the producers of our film offer our deepest condolences as well. Putting the film together, we came upon some of Roger's work, and we share it here. May Roger's Memory Be a Blessing!” (Editor’s note: the video is posted below as well).

Alumnus Mike Barber ‘JMS01, Atlantic Coast Conference (ACC) beat writer for the Richmond Times Dispatch, tweeted, "Saddened to learn of the passing of my former @RutgersCommInfo professor, Roger Cohen. He was the intersection of journalism and athletics for me - and so many others at RU - and I would not be where I am today without him..."

The Rutgers Alumni Association tweeted, "A Rutgers College Graduate, Loyal Son award recipient, recipient of the Livingston Alumni Association Legacy Award, and the @RutgersCommInfo Journalism and Media Studies Lifetime Achievement Award, Roger's imprint on Rutgers will be felt for decades to come. Fond memories and expressions of sympathy may be shared at bloomfieldcoopermanalapan.com for his family. #ScarletForever."

@WRSU, the Rutgers University radio station posted: “Our deepest condolences to the family of Roger Cohen, longtime @RutgersU Prof. at @RutgersCommInfo, mentor to so many journalists, WRSU Radio Council member, PA voice of @RutgersMBB and @RutgersWBB, and so much more. Roger, you will be missed! @WRSUsports.”

Mike Pavlichko, who is WRSU’s broadcast administrator and a part-time lecturer at SC&I, is one of Cohen’s former students. 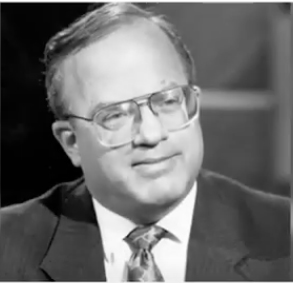 Professor of Journalism and Media Studies, John V. Pavlik, said, “Roger provided so many years of wonderful leadership to the department. And he was an inspiration to us all. Roger will be greatly missed.”

Professor Emeritus of Library and Information Science James Anderson wrote, "Roger...was so skilled at bringing joy and good tidings into all of our lives."

More information about Cohen can be found in his obituary.

Learn more about the Journalism and Media Studies Department at the School of Communication and Information on the website.