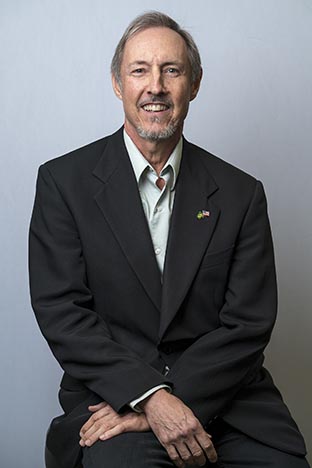 John V. Pavlik (he/him) is a professor of journalism and media studies at Rutgers, the State University of New Jersey, USA. Pavlik has researched and written widely on the impact of new technology on journalism, media and society. His books include Disruption and Digital Journalism, published in 2021 by Routledge, Journalism in the Age of Virtual Reality, Converging Media, Media in the Digital Age, Journalism and New Media and The People’s Right to Know. He is co-developer of the Situated Documentary, a form of location-based storytelling using Augmented Reality and 360-degree video. He has served as a judge of the Emmy Awards for excellence in television news and documentaries for more than three decades. He is past chair of the editorial board for Television Quarterly, the journal of the National Academy for Television Arts and Sciences, which awards the Emmys. He is a former contributor to CNN.com, having written on the consequences of technological change for media and society. Pavlik has also authored more than a dozen computer software packages for education in journalism and communication, including newsroom reporting programs "Fire!", "Fatal!," and "NewsSim." While on leave from Rutgers, in 2013 he served as the inaugural Associate Dean for Research for Northwestern University in Qatar, where continues to conduct funded research on emerging media. Pavlik’s Ph.D. in mass communication (1983) is from the University of Minnesota.

John Pavlik studies and writes about the impact of technology on journalism, media, and society. He is the author or editor of more than a dozen books and more than 100 journal articles and book chapters.  His books include Disruption and Digital Journalism, published in 2021 by Routledge, Journalism in the Age of Virtual Reality, published in 2019 by Columbia University Press. His work includes a completed two-year project funded by UNESCO on curriculum reform in journalism and mass communication in Iraqi higher education. Pavlik was the Inaugural Fulbright Distinguished Chair in Media Studies at the Academy of Fine Arts, Vienna, Austria (2008). He was the Inaugural Shaw Foundation Visiting Professor of Media Technology at the School of Communication Studies, Nanyang Technological University, Singapore (2000). From 1995-2002 he was professor and executive director of the Center for New Media in the Columbia University Graduate School of Journalism. From 1988-1994 he was Associate Director for Research and Technology Studies at the Freedom Forum Media Studies Center at Columbia University. He is a former contributor to CNN Interactive. He is a faculty affiliate of the Columbia Institute for Tele-Information. He is the lead principal investigator for a three-year grant from the Qatar National Research Fund (QNRF) awarded in 2019, “Assessing Qatari Emerging Media Engagement.”