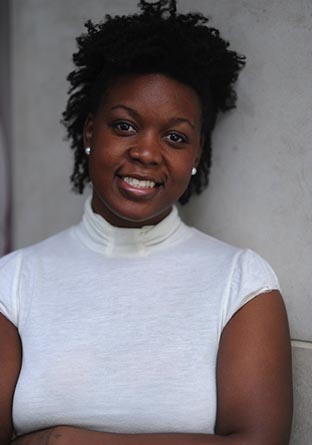 Khadijah Costley White is an Associate Professor in the Department of Journalism and Media Studies at Rutgers University in New Brunswick. Previously she worked as a journalist on an Emmy-nominated team at NOW on PBS (formerly NOW with Bill Moyers) and a New York City Teaching Fellow.

White researches race and gender in media and politics. Her book, Raising the Volume: How the News Media Created the Tea Party (Oxford, 2018) examines the rise of the Tea Party in online, print, broadcast, and cable news. In addition to her scholarly work, she consults on documentary films and has served the MacArthur Foundation as an external advisor in journalism and media. In 2007 the National Association of Black Journalists and United Nations awarded her a reporting fellowship to Senegal. She has also received the University of Pennsylvania Women of Color at Penn Award, an Emerging Diversity Scholar citation from the University of Michigan, and was a White House intern on the Obama administration’s Broadcast Media team.

White's writing and commentary on topics such as race, social movements, news, and politics has appeared in Vice, National Public Radio, The Atlantic, The New York Times, The Root, Huffington Post, BBC, Washington Post, The Los Angeles Times, Quartz, Gizmodo, Buzzfeed, and more.  She received her Ph.D. from the Annenberg School for Communication at the University of Pennsylvania and was a Fontaine Fellow there. She is a proud Swarthmore College alum.

As an activist and community organizer, she has helped lead community actions against police violence, mobilized concerned citizens via social media, organized events and programs related to racial justice, convened panels, lectures, and teach-ins, and participated in rallies and other community events.

White researches race, gender, and politics in media. Her book manuscript, "Raising the Volume: How the News Media Created the Tea Party," is a multi-platform study that examines the rise of the Tea Party in online, print, broadcast, and cable news; it is currently under review at a university press. She has published her work in books, academic journals, professional blogs, and presented her research at conferences around the world.

Her writing and commentary on topics such as race, social movements, news, and politics have appeared in The Atlantic, The New York Times, The Root, Huffington Post, BBC, The Philadelphia Inquirer, The Los Angeles Times, Quartz, Gizmodo, Buzzfeed, and others. She is also a regular contributor to the online magazine Role/Reboot.