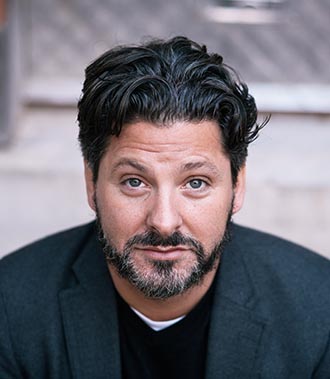 Todd Wolfson is an anthropologist by training. His research is a mixture of traditional and cyber-based ethnography and he has been supported by the Social Science Research Council and the National Telecommunications and Information Administration.

University of Pennsylvania
Ph.D., Anthropology and Social and Cultural Foundations of Education

Todd Wolfson's research focuses on the intersection of new media and contemporary social movements and he is author of “Digital Rebellion: The Birth of the Cyber Left” and co-editor of the forthcoming volume, “Great Refusal: Herbert Marcuse and Contemporary Social Movements.”  Wolfson believes in the importance of engaged scholarship that leads to tangible action in the world, and to that end, he is a co-founder of the Media Mobilizing Project (MMP) based in Philadelphia, PA. MMP is an award-winning organization that aims is to use new media and communications to build a movement of poor and working people, united across color lines. MMP's work has been supported by the Knight Foundation, Ford Foundation, Kellogg Foundation, Media and Democracy Coalition, and Media Democracy Fund amongst others.

Grant to develop media and journalism collaboration between students and social justice organizations across New Jersey, funded by the Dodge Foundation, Journalism for Democracy ($50,000) 2014-2016

Clarion Award, The Association of Women in Communications, Recipient of “Newspaper Investigative Series” award for “Tapped Out,” a series focusing on poverty in Philadelphia that appeared in the Philadelphia Daily News, 2015

Scholar Activist Award - National Communications Association, Recipient of the inaugural Scholar-Activist Award, which was conferred by the Critical & Cultural Studies division of NCA, 2014