Shravan Regret Iyer’s Research Proposal “Experiential Media and Climate Change” Awarded an Honorable Mention by IAMCR and IECA
Iyer, a Ph.D. student, has been recognized for the research proposal he submitted to the prestigious 2022 IAMCR “New Directions for Climate Communication Research” grant committee. 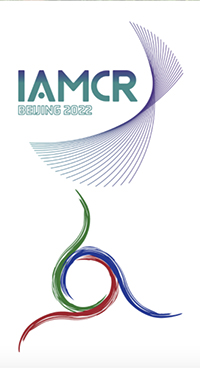 Iyer will be recognized during the IAMCR conference being held virtually from Beijing, China from July 11-15, 2022.

Professor of Journalism and Media Studies John V. Pavlik, Iyer’s doctoral advisor, said, “Shravan is much-deserving of the honorable mention award for his IAMCR proposal, “Experiential Media and Climate Change.” It’s a high-quality proposal on an important topic and I’m delighted Shravan has earned this recognition for the excellence of his research.”

According to the IAMCR, this research grant proposal process “seeks to encourage a wide range of researchers to think creatively about new research approaches for climate change communication.”

Noting the “excellent work” Iyer did in his proposal, the award selection committee wrote, "Several submissions this year focused on the communicative potential of immersive or experiential technologies based on augmented and virtual reality and 360-degree video. With the current commercial push around the development of a Metaverse, this is a key area for future research. The attempt to grapple with the issues in Shravana Regret Iyer’s submission Experiential Media and Climate Change was notable for suggesting ways of tackling this emerging area and the panel have awarded it an honorable mention. It was also one of several submissions from current doctoral candidates."

Iyer has conducted extensive research exploring the impact experiential media is having on climate change reporting and communication, including the paper, “Virtual Reality and Climate Change: A Qualitative Analysis of VR Media Productions on Oculus TV Using VR Head-Mounted Display” which was accepted for the IAMCR 2022 Conference, and covered in the SC&I story “A New Study Explores Use of Virtual Reality in Climate Change Reporting and Storytelling.”

Iyer said he initially became interested in climate change communication early in his career working as an environment andwildlife journalist and filmmaker in Asia and Africa, and then after he came to SC&I, first as a MCIS student and now as a doctoral student, he has been able to expand his interest into formal academic study and research.

At SC&I, Iyer said, he has been afforded “interesting opportunities to work on some experiential media (AR, VR, and 360-degree video) projects under the guidance of Dr. John V. Pavlik. This is an area that I would like to continue to explore during my doctoral journey here at SC&I.”

Discover more about the Ph.D. Program at the Rutgers School of Communication and Information on the website.

Caption: “A photograph of a shoreline (which resembles the shape of a miniature world map from a birds-eye-view) that I took from a plane in Acadia National Park, USA.”