Dr. Ross J. Todd, an Associate Professor of Library and Information Science (LIS) at the School of Communication and Information (SC&I) and a world-renowned expert on adolescent information seeking and use, inquiry learning in digital information environments, and the transformative role of school libraries in the 21st century, has died. He was 70. 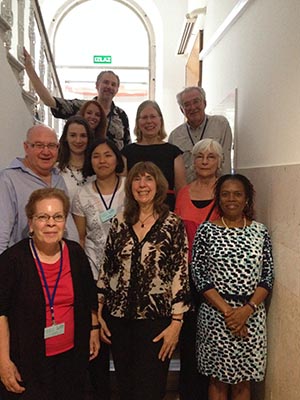 “We are devastated by the untimely loss of our highly esteemed and beloved colleague,” said SC&I Dean Jonathan Potter. “Ross made many significant and lasting contributions to SC&I and to his field of research, and he served as an invaluable mentor and source of inspiration to countless undergraduate and graduate students.”

A member of the SC&I LIS faculty for over 21 years, Todd arrived at Rutgers in January 2001 as a Visiting Associate Professor. He was the Research Director at the Center for International Scholarship in School Libraries (CiSSL) and a key contributor to the SC&I Social Media and Society Cluster and the SC&I Youth Cluster. He served as the first Director of the Information Technology and Informatics undergraduate major from 2002–2006, Director of the Master of Library and Information Science Program (now the Master of Information) from 2005–2007, and Chair of the Department of Library and Information Science from 2014–2018.

Prior to his arrival in New Brunswick, he served from 1990-2001 as a tenured Lecturer, then Senior Lecturer in Library and Information Science in the Department of Information Studies in the Faculty of Humanities and Social Sciences at the University of Technology in Sydney, Australia, and was Head of Department from 1997–2000. For most of the 1980s, he worked as a secondary school teacher librarian at several high schools in Australia and in New Zealand. From 1971–1981, he was a secondary teacher of Modern History, Geography, and French in Australian schools.

Todd will be remembered for his inspiring presentations, his clever wit, and his engaging stories, by the countless friends he made across the world and across librarianship.  Todd’s colleague and close friend, LIS Chair of Department and Professor of Library and Information Marie L. Radford, said, “Losing Ross is heartbreaking for our Department, school, and the global LIS profession. Ross made groundbreaking scholarly contributions to school librarianship and to the study of human information behavior. He relished his numerous world-wide keynotes and presentations, and he was known for raising provocative points of view that challenged the status quo. He was an extraordinary teacher who personally connected to his students, ever encouraging them along what he called their ‘scholarly journey.’ He had a talent for seeing and drawing out the very best in all of us. As a friend, his joy for life was contagious, and he was a gentle presence with abundant patience and generosity.” Agreeing, Associate Teaching Professor of Library and Information Science Lilia Pavlovsky added, “Ross was an amazing colleague and a dear friend.  I will miss laughing and “plotting” with him. I will miss our travels and his knowledge of the world. But most of all, I will miss him and the energy he brought to our department and students.”

In 2012, he was recognized as a “Visionary Leader of the Learning Commons Concept” by Teacher Librarian: The Journal for School Library Professionals. In 2003 and 2004, Todd and his co-author, SC&I Distinguished Professor Emerita Carol Kuhlthau, received a “Certificate of Appreciation for Notable Service and Significant Service to Ohio’s School Libraries” from the Ohio Educational Library Media Association (OELMA) for their leading-edge study, “Student Learning Through Ohio School Libraries, Part 1 and Part 2.” OELMA had commissioned the study, and School Library Journal (SLJ) called it “the first comprehensive study based on students’ evaluation of their media centers.”

Todd’s impact was global. Highly regarded internationally as a researcher and educator, he was best known for his deep commitment to information literacy and inquiry-based learning, his application of evidence-based practice to the profession of school librarianship, and the promotion of research in the school library field. His expertise as an academic advisor involved significant collaborations with library and information faculty and Ph.D. students in the Americas, Europe, Asia, and Australia, and through his work on editorial boards of academic journals and peer-review committees of international conferences and symposia. He was a world-renowned keynote speaker and passionate advocate for the importance of school libraries in supporting teachers’ practice and student achievement. 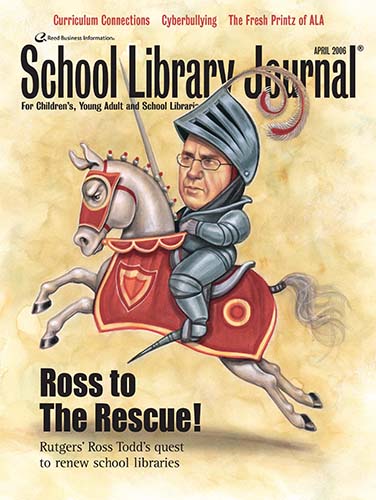 Ross J. Todd was born on July 12, 1951, and educated in Australia, where he lived most of his life. He earned his Certificate of Secondary Teaching (History, Geography, French) at Townsville Teachers' College in 1970; his bachelor’s degree in Modern History and Geography at the University of Queensland in 1979; and an Associate Diploma (ATCL) in Speech and Drama at Trinity College of Music in London, England in 1980. He then completed his Graduate Diploma in School Librarianship at Riverina College of Advanced Education, Wagga Wagga, NSW (now Charles Sturt University), where he graduated with Distinction and was awarded the prestigious University Medal for Academic Excellence in 1985. Todd earned his master’s degree in Library Science at the Kuring-Gai College of Advanced Education in 1989, and his Ph.D. in Humanities and Social Science at the University of Technology, Sydney in 1996. His doctoral dissertation analyzed young women's utilization of drug information.

Todd’s life and contributions will be celebrated at various events throughout the world. For more information about this esteemed scholar, see:

Used with permision from the School Library Journal.